Skip to content
Posted on November 27, 2019November 28, 2019 by seniorinfantswhitechurchns

It was just another normal and FUN morning here in Senior Infants …that is …..until…..a very scratchy sound began to echo down the halls of Whitechurch National school.

It didn’t take long for the inquisitive ears of Senior infants to perk up just in time to catch this scratchy sort of sound. “Did you hear that ? It sounds sooo creepy” gasped Holly. 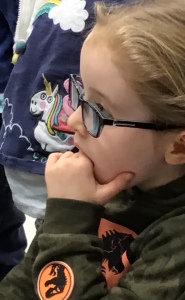 “Oh what could be” asked curious Tom, who loves to ask questions just like all the Senior Infants. Ms. Barry says it is SOOO good to ask questions as it feeds the mind, (but we don’t know what she means as we have all had our breakfasts and feel really full). 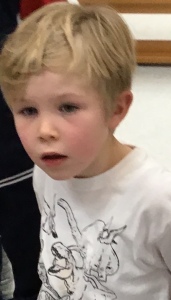 “There it is again…I can hear it” sang Lucy K with such excitement and reaching musical notes so beautiful and so high that Ms.Barry thought she could be an opera singer.

Senior infants decided it was the scratchiest of all scratchy sounds that they had ever heard. “There’s only one thing to do” said Lucy C “We must investigate. Into the líne everyone” Ms.Barry jumped up and actually got into the line too forgetting she was the actual teacher. Silly Ms.Barry.

And so with Ms.Barry by their side, armed with 27 Perked pairs of ears, Senior infants followed the very scratchy sound all the way to the hall. Very quietly or “super quietly” as suggested by Leo the Lion…they all crept curiously into the hall.

Ms.Barry looked all around but couldn’t see anything. Suddenly all of us Senior Infants began jumping up and down, shouting and pointing to her feet. “Woweezers Maltese’s” Ms. Barry shrieked. Look who was sitting beside her feet… 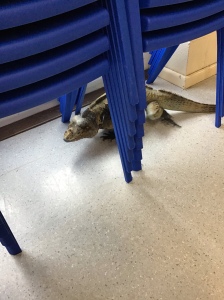 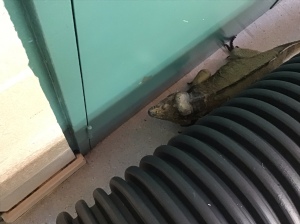 Philis introduced us to all her friends…you will NOT BELIEEEVE who we met. There was Sharon the snake and Charlotte the tarantula. Then we touched a real life Alligator. We decided not to touch the big huge snapping turtle. Have a look… 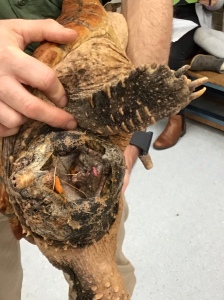 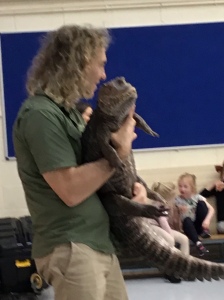 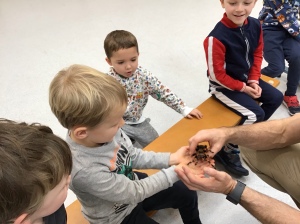 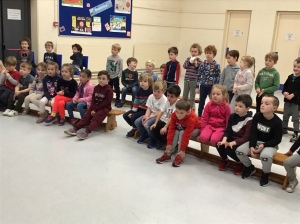 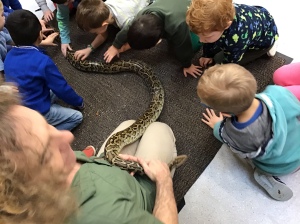 Wow..what a day! A big thank you to Reptile Dave for letting us meet his friends. Stay tuned for a sneak peek into a day in Senior Funfants…I mean Infants.

View all posts by seniorinfantswhitechurchns